INVEST WITH US
INVESTOR LOGIN

Making Money in Ways Everyone Says You Can’t 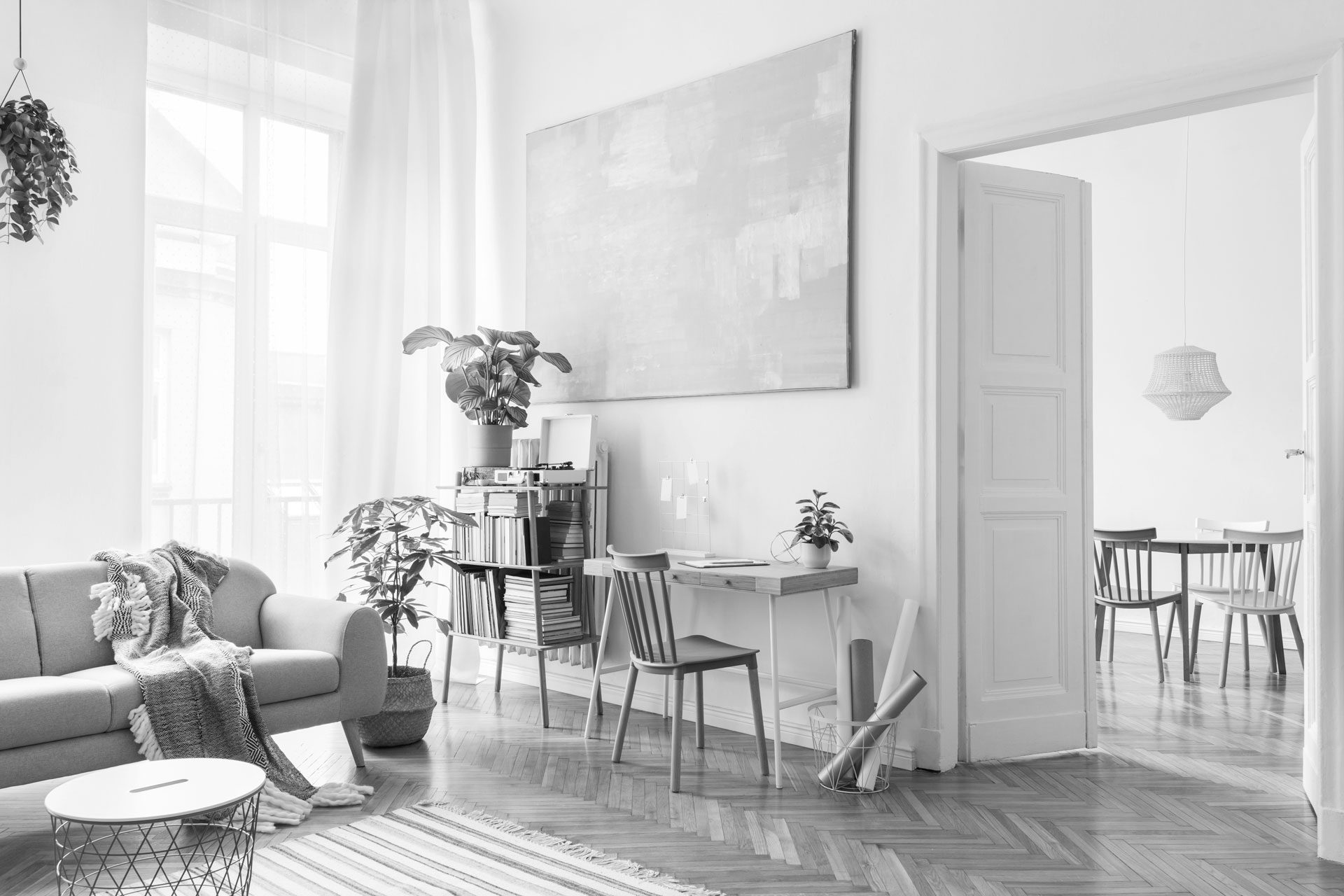 Real Estate – Making Money in Ways Everyone Says You Can’t

The truest statement in real estate is the old saying “Location, Location, Location”. Location is what makes real estate a unique investment. Here’s the real key though; while it’s true that location is everything in real estate, what really determines a locations value is not necessarily its history, but rather its future. Just like you can’t drive a car looking out your rearview window, you can’t always value real estate or location by solely looking at its historical performance. You have to look at the future, the vision of what the location or asset will be 5-10 years from now, not what it did 1-20 years ago. Look through the windshield ahead, not through the rearview behind.

The blue bloods of commercial real estate will tell you that there are a few domestic markets that investors like and feel safe with. Generally, these are primary market cities such as New York, Los Angeles, Washington, DC and interestingly, Atlanta. However, when it comes to Atlanta, many of those same major investors have areas in the Atlanta MSA that they flat out won’t go. Two of those areas are Clayton County and South Atlanta. Many real estate investors and lenders have been burned in Clayton County and South Atlanta in the past, and burns can sometimes last a lifetime. This is an example of some of the largest commercial real estate investors in the world only looking in the rearview mirror.

When Colony Hills Capital (“Colony Hills”), started investing in Clayton County Georgia in 2012, those same major commercial real estate investors laughed, they said we were wrong, they told us you can’t make money in Clayton County. However, if you have an investment and operational process that works, then consistently execute, you can make excellent investments and achieve exceptional returns in areas overlooked by the major real estate players.

Source Deals Creatively
Colony Hills avoids bidding wars for assets. It’s not necessarily a good thing to be the group willing to pay the most for a mass marketed property, the proverbial winner’s curse. For that reason, Colony Hills shuns most mass marketed real estate deals. We source “off market” deals, before all investors get a chance to kick the tires and bid up the price. Experience and relationships are critical to this approach. Simply knowing the right people is critical. People like small shop real estate brokers in markets that aren’t considered the “primary” markets, long time “mom-n-pop” type real estate owners, attorneys, accountants, property managers and the like. These are just some of the ways Colony Hills creatively sources deals and what led Colony Hills to Clayton County.

Colony Hills first Clayton County purchase was Wynthrope Forest (“Wynthrope”), a 270 unit foreclosed deal owned by Fannie Mae. The recession was still weighing heavily in our country and especially in South Atlanta. While this deal was marketed by CBRE, it was in a much maligned submarket, made far worse by the economic crisis. Most of CBRE’s typical buyers, the larger commercial real estate firms, would not even take a look at Wynthrope. But Colony Hills saw the diamond in the rough, we saw what the future was going to be for Wynthrope, we envisioned where we could take the property.

Colony Hills second Clayton County investment, Pointe South Apartments, now known as Canterbury Townhome Apartments (“Canterbury”), is a 160 unit apartment community comprised entirely of 3 bedroom units, 95% of whichare two-story townhome style units. At the point of acquisition, Canterbury was owned by the Housing Authority of Clayton County. Canterbury had a troubled past, marked with low occupancy, low rents and high delinquency. It was foreclosed on by Fannie Mae and subsequently sold to the County. The County, dealing with its own economic problems, sought to provide affordable housing to the families who remained in the County. This deal was sourced in one of the most creative ways imaginable. A couple of years before the purchase took place, Colony Hills was operating Wynthrope Forest, only a couple of miles from Canterbury. A vacant parcel of land, adjacent to Wynthrope went up for sale from a broker we’d never heard of. Colony Hills, as inquisitive as we are, reached out and developed a relationship with this broker. It turns out that he was more typically an industrial broker and developer but was looking to sell this land for a friend. Not wanting to get away from our core competency, Colony Hills kept the relationship going with this broker, but did not pursue the land. However, about a year later, that same small broker called us to let us know he could potentially have an apartment opportunity in nearby Wynthrope. That’s when he told us about Canterbury, its troubled past, and its current management by the County. The County was struggling to operate the property, because as you know, they aren’t Asset Managers, they are County managers. This is the exact type of opportunity that Colony Hills likes to invest in. To paraphrase President John F. Kennedy, “Within crisis lies opportunity”.

Do your Due Diligence: Look at the Rearview Mirror, but Focus through the Windshield
As previously mentioned, Clayton County and South Atlanta are areas in the Atlanta MSA that most large real estate investors avoid due to the area’s stigma of having high crime, low income and high unemployment. Then, in 2008, things got worse. The Great Recession was widespread but perhaps more acute in Atlanta. “McMansions” and highend Buckhead condos priced to sell for more than $1,000,000 each were sitting vacant and unsold. Unemployment was rising rapidly. Then came the nail in the proverbial coffin for Clayton County; it became the United States first public school system to lose its accreditation. The loss of school accreditation was extremely detrimental to Clayton County. Families left because they didn’t want their children going to non-accredited schools, which in turn, had a negative impact on finances across the county. With so many people moving and so little demand, real estate values plummeted, property tax bases shriveled up, deferred maintenance started building, MARTA stopped going to Clayton County and the once prideful people of Clayton County and South Atlanta lost that pride of being from the Southside. Avoiding these areas solely because of this is a perfect example of focusing entirely in the rearview mirror.

The downturn in Clayton County and South Atlanta submarkets presented a major opportunity. At Colony Hills’ our contrarian view was that there always have been and always will be excellent job drivers in South Atlanta. Atlanta Jackson Hartfield International Airport, in South Fulton County, is the largest airport in the world and largest employment driver in the city (Delta Airlines is actually the largest single employer in Atlanta). Additional Fortune 1000 companies who are, or have recently invested heavily in South Atlanta, include Proctor & Gamble, Amazon, Kraft Foods, Bank of America, Porsche and 404 Studio Partners, which advances Atlanta’s growth as a television and movie production destination. Since the days when Ted Turner launched Turner Broadcasting System (TBS) in Atlanta, the area has strategically grown as a production and development venue providing talent, compelling economics, and cost savings. Capital investments in these areas created thousands of jobs in South Atlanta, and jobs are the single most important driver when it comes to real estate.

The major capital investments throughout the Atlanta area, illustrated by the construction of the $1.6 billion Mercedes Benz Stadium, future home of the National Football League’s Atlanta Falcons (opening in Sept 2017), along with the companies listed above, has sparked a resurgence throughout Atlanta, particularly Clayton County, as employment and incomes are up throughout the area. Employment and income gains became the catalyst for a decrease in rental delinquency. As the resurgence continued to pick up steam, MARTA returned, property values picked up, Clayton County Schools have regained full accreditation status, and to the benefit of commercial real estate investors, rents have gone up. It’s been Colony Hills’ thesis that there is an ample supply of solid tenants in Clayton County who desire apartment rental communities that are updated, upgraded, well maintained, and most critically, still affordable. Delivering this type of product is how sustainable growth and community stability come back. This is how you look through the windshield, for what’s yet to come.

Execution – From Process to Performance – Delivering the Promise
Wynthrope was bought first, in 2012, for $13,900,000. Located on Webb Rd, just off GA-85 in the heart of Riverdale, Colony Hills sold the property in 2015, after only 2.5 years of ownership. During those 2.5 years, Colony Hills invested about $500,000 into the property, NOI increased 40%, rents increased by 11% and the value of the property went from $13,900,000 to nearly $20,000,000. Colony Hills’ investors received a 19% IRR upon exit and Wynthrope is now considered by many to be the top apartment community in Clayton County. The second Clayton County apartment acquired by Colony Hills was Canterbury, located in Jonesboro. Colony Hills bought the property for $7,050,000 in 2015. Since Colony Hills acquired the property, they’ve invested nearly $1,500,000 into the property’s exterior, clubhouse, pool, playgrounds, fitness center, business center and the upgrade of 100% of the apartment interiors. The rents have risen from $692 to $839, a 23% increase. The property is occupied in the mid-90s and delinquency has been reduced to near zero. Crime is virtually nonexistent. The tenants at Canterbury are happy about the changes thus far and are looking forward to the property’s future growth.

So, when people tell Colony Hills “you can’t make money in Clayton County” we simply follow our process, which hasn’t failed us yet, and the success always follows.